Your first car, totaled and long gone. Your first email address? Deleted. But your first cellphone number and area code? Still yours.

In the age of cellphones, people can keep their numbers when they move to a new area code. Some people hold onto their old area codes for sentimental reasons. Others do it for more practical reasons.

The cellphone number and area code you acquired as a kid, in college or at the start of your career may not reflect your current home sweet home. In fact, some local residents say that’s the way they like it, even if some human resources types say having a local number could boost your chances of getting a job.

And even though Nebraska has the second-highest tax take on mobile phone numbers, keeping that old “315” from your college days isn’t going to save you any money: Mobile phone providers charge tax based on your home address, not your area code.

Still, people who say they keep cellphone numbers that no longer reflect their current home say the numbers add a little mystery to their lives. They add panache, even a bit of playful pretension.

Still, it’s kind of funny imagining an Omaha resident with a Los Angeles area code calling his wife, a couple of blocks away, at her 402 cellphone number.

Ben Vu, who grew up in Nebraska, got a 310 (Los Angeles) area code and cellphone number when he began the California Institute of the Arts animation program in 2003. He moved to Omaha in 2007. Vu, the founder of Places VR, an Omaha technology company, has kept his L.A. number.

“Lots of my classmates still have my number,” Vu said. “It’s good to stay in that network.”

He uses his phone for work and home. Around town, he said, it’s a conversation starter. “People want to know when I was in L.A. — that leads to another story.”

To avoid confusion, his wife has a mobile phone with a 402 area code for the “local things.”

“Some people hang up their license plates or diplomas. My area code is a reminder of a significant chapter in my life,” Vu said.

Dusty Davidson’s 515 area code (Des Moines) is his one and only.

“It’s my first and only (personal) phone number. I got it when I went to college in Ames, Iowa, in 1999,” said Davidson, the co-founder of Flywheel, an Omaha technology startup.

In 2004, Davidson, who grew up in Iowa, moved to Nebraska with his 515 cellphone number in tow. “I’ve never felt compelled to change it,” he said.

Locally, there are drawbacks. It can get a bit dicey ordering pizza. As in “What’s that number again?” or “We don’t deliver to Des Moines.”

“I don’t dial phone numbers anymore, I dial names,” said Davidson, who has no plans to switch.

John Manning, senior director of the North American Numbering Plan Administration, agrees. “The folks who grew up on wireless phones — they just know you as a name. They don’t know you as a number.”

The association is the regulator that’s in charge of distributing and overseeing the telephone numbers in the U.S., Canada and some Caribbean countries, among other areas.

There are no laws or rules against toting a “foreign” number to a new place — a New York number to Omaha, or an Omaha number to, say, Paris, where a native Nebraskan was last week while attending a fashion event for his New York employer. (It’s not just a one-way street, after all: Some people tote their Nebraska 402s elsewhere.)

“I’m in Paris now,” said Tanner Graham, who grew up near Hyannis, Nebraska, but now lives in New York and works as an executive at a fashion-focused advertising firm. The World-Herald reached him on his “402”-based mobile phone number — the same one he got when he was a student at the University of Nebraska-Lincoln and the same one he now uses in the Big Apple, where he’s lived for 11 years.

“It’s part of my identity,” Graham said of his 402-based mobile. “I will always be a Nebraskan at heart. My number serves as an everyday emblem of that.”

Said Manning, at the numbering association: “People associate a number with themselves and don’t want to go through the pain of changing their numbers,” he said.

Area codes were developed to sidestep real live operators. In the late 1940s AT&T and the old Bell System came up with the North American Numbering Plan, which attached a three-digit code ahead of a person’s seven-digit phone number to indicate where you were calling from, Manning said.

It gave individuals the ability to call long distance without having to contact an operator. And it gave carriers the ability to bill a long-distance call made from point A to point B. It made sense to change your landline number when you moved from New York to Nebraska. That way you wouldn’t incur long-distance charges. But the development of mobile phones changed that.

AT&T, Verizon and U.S. Cellular each said that the state and local fees and taxes they collect on behalf of government are tied to a physical address, not your mobile phone’s area code. Sprint and T-Mobile did not reply to inquiries.

Jon Wood, an Omaha native, changed his cellphone number after he sold the Tulsa, Oklahoma-based business he started while in college, a pooper-scooper service. He’d gotten tired of getting phone calls related to his former business — “people calling me up and trying to sell me stuff,” he said.

So when he moved to California in 2015, he swapped the 918 (Tulsa) number for a 661 (Bakersfield) mobile phone number. His Golden State stint, however, didn’t work out, so Wood recently returned to Nebraska.

Last week he obtained a new cellphone number with a 402 area code.

Josh Boesch, director of Lutz Talent, said acquiring a 402 area code is one way, a local address is another, to show employers that you’re targeting Omaha.

“There are times when it can be difficult for candidates to get a second look if they’re not local,” he said. The Omaha recruiting agency focuses on accounting, information technology and financial hires.

Bob Bednar, president of InSearch Recruiting, an Omaha recruiting company, said that although a local area code may help some job candidates, it’s more important to get rid of your inappropriate college email. Your area code is less important.

Rebecca Cashman, the assistant conservator for objects at the Gerald R. Ford Conservation Center, has had her 301 (Silver Spring, Maryland) area code since 2002.

“I got the number right out of college,” she said. Her personal cellphone number followed her as she moved to internships in New Hampshire, Maryland, New York and other cities.

“I’ve been in Omaha nine years,” she said. “I don’t feel the need to change it. It adds a bit of mystery to my life!”

In 2004, Nebraska native Jill Anderson moved to New York City to pursue a career in theater. “I ended up getting a New York number,” she said.

In 2007 she returned to the Cornhvsker State. Her business cards and résumé still carry the number. Anderson admits an emotional attachment to the 917 area code. It’s associated with the “most expansive time of my life.”

“It’s still my only telephone number,” she said. “I jokingly call it my little affectation, my little pretension.” 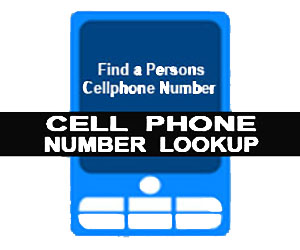 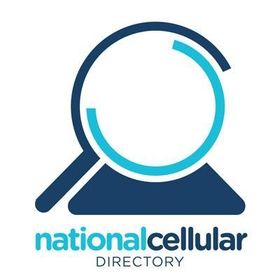